Philadelphia is just like any other city in America or the world for that, in the fact that there is garbage and trash laying around on its streets. However, Philadelphia has the misfortune of being nicknamed “filth-adelphia”. This is due to the fact that it was reported that Philly had 1.5 million tons of waste. Meaning that on average a single resident produces a ton of waste per year. Local residents and city officials are attempting to get rid of the nickname through new citywide litter cleanup initiatives.

The Philadelphia government recently announced an ambitious goal of becoming litter free by 2035. In order to achieve this lofty goal city officials are hoping that Philacycle and Zero Waste Philadelphia, local waste management programs, continue to thrive. Philacycle is a organization that encourages local residents to help reduce the amount of litter and waste on the streets of Philadelphia. The program allows individuals the ability to earn rewards based on how much people help clean up Philadelphia. Feel free to click here to continue reading about Philacycle.

One of the biggest problems that Philadelphia is facing has to do with illegal signs and posters. The Zero Waste and Litter Cabinet of Philadelphia is looking to combat this problem through creating incentives from residents to remove illegal signs. June was the first time that Zero Waste Philadelphia organized a communal street and litter cleanup, with volunteers receiving money for every illegal sign that they removed. If you miss this waste event and are interested in attending future city cleanup events go to the Clean PHL website. 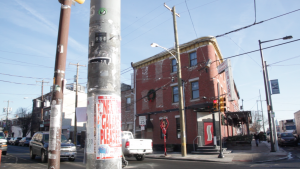 The final way that Philadelphia is attempt to limit street side waste is through the use of a litter index. The litter index is used to identify which locations have the most litter. In addition to the index, Philadelphia also analyzed behavioral analysis, to try and understand why  residents put the trash where they do. This information allows city officials to have a better understanding of the issue. With this knowledge, the local government will be able to properly  allocate and use their resources to target areas with the highest amount of litter and garage.