Making up one half of the Twin Cities is the most populous town in Minnesota: Minneapolis. Known for having one of the nation’s best park systems, Minneapolis is surrounded by an abundance of bodies of water, most notably the 13 lakes within the city limits. While the draw for most locals is spending time outdoors, Minneapolis also has a major hub for the banking industry, trailing Chicago as the second-largest economic center in the Midwest.

Minneapolis's growth has shown no signs of slowing down, as one can see from development projects like the recently constructed U.S. Bank Stadium that hosts the Minnesota Vikings. If you’re contributing to the growth of the city through various construction, landscaping, or individual home projects, use Dumpster Market to find the best rates for roll-off dumpster rentals in Minneapolis. Our shopping tool takes all the hassle out of finding credible and affordable Minneapolis dumpster rental vendors, saving you time and money.

Dumpster Market has created the first and only online marketplace for dumpster rental, and we’ve got roll off containers available for you to rent today. Just enter your location and drop off date, pick a size, and place your order online within minutes. We have plenty of resources available if you’re unsure of which dumpster size is right for you. Check out our dumpster size guide or our debris calculator if you’re new to the process, or are dealing with yard debris or concrete removal for the first time. Our experts are happy to speak with you if you don’t find what you need in the resources we have on our site.

Our goal at Dumpster Market is to make it as easy as possible for anyone to get rid of trash and debris of any kind. We do this by letting you compare the best dumpster rental prices available from reliable haulers near you. Just enter your location in or around Minneapolis, and you’ll see a number of price points that you can compare, so that you can choose the best option for your project.

Choose your desired dumpster size/tonnage and your rental duration to see side-by-side price listings from all of the available vendors that meet your criteria in one place. You can make your purchase right from our tool. Listings include each vendor’s overage fees and rental period extension fees. Dumpster prices are based on rental availability, landfill rates, and other local factors, such as city fees.

The dumpster sizes offered by the vendors in our network range from 10 to 40 cubic yards. It’s best to have a general idea of how much waste you’ll be throwing away before placing your order. The best way to visualize the volume you’ll need is to think of how many kitchen ovens’ worth of debris you’ll be discarding—one cubic yard is roughly the size of one kitchen oven.

Another measurement you should take before choosing your size is the area in which you’ll be placing the dumpster rental. Make sure the site can accommodate the dumpster’s length, width, and height, as well as an additional 10 feet of clearance to allow the dumpster’s door to open.

Refer to the dumpster sizing chart to the right for more help choosing the right dumpster for your project.

Need more help determining what size is right for your project?
View our Dumpster Sizing Guide or call us at: (844) 728-3533. 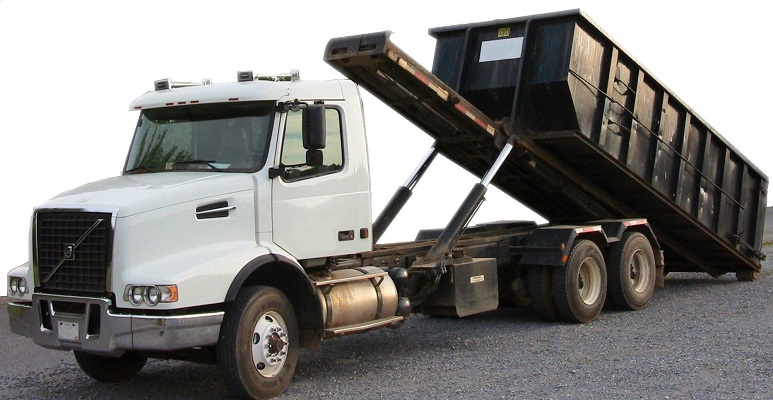 When Do You Need A Roll-Off Dumpster?

Roll-off dumpster rentals can be used for a multitude of different projects. While they are generally used at construction sites for hauling material and debris, they are also a great option if you’re renovating your home, landscaping your property, or clearing out an office building. If your project involves clean, recyclable substances like tile, brick, manure, concrete blocks, or driveway pavement, you’ll need to order a separate clean dirt/concrete dumpster for each type of material.

Call us at (844) 728-3533 and we will provide you with a custom quote for your project at a lower rate than the shorter rental periods listed on our website.

What Our Customers Say:

Great idea! They delivered and picked up on time. And they billed what they said they would! I would recommend to all my friends. - Brian, McNally Properties

I got a really good rate for a dumpster i needed for renovation. - Alan, Homeowner

Ready To Start Your Dumpster Search?

Before ordering roll-off dumpster rentals in Minneapolis, be sure to double-check with the local government about any permits required to leave your dumpster on a specific site. We highly recommend placing a sheet of plywood underneath the dumpster where it will make contact with surfaces to keep any pavement, asphalt, or grass from being damaged.

Make sure that no contents are sticking out above the rim of the dumpster when it is time for the vendor to haul your unit away. Failing to do this will result in a dry run fee.

For those running contracting businesses in Minneapolis, dumpster rentals are frequently necessary. With Dumpster Market, keeping track of all of your orders is simple. You’ll be able to see account balances, overage fees, and time left in each rental period directly through our platform. We also offer special rewards, like cash for referrals or money toward future orders, when contractors continue to use our service.

Minneapolis dumpster rental services have a great opportunity to expand their business by joining Dumpster Market’s network. You’ll receive more orders online and get access to more customers on an easy-to-use platform that costs you nothing. Contact us now to make your services available through Dumpster Market.

Learn More About Becoming A Partner

What size dumpster is right for your project?

What can I put in a dumpster? 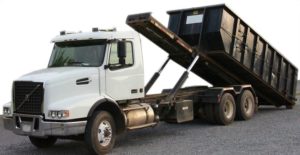 Learn about prohibited items and how to avoid fees