We live in an out of sight out of mind world. Have you ever thought about where your trash or recycling ends up? Chances are that you haven’t, but you are not the only one.  Pretty much no one thinks about these types of things. You’re busy doing your daily routine and, honestly, who would rather follow their waste stream as opposed to relax on their time off. However, with a little bit of digging, we were able to have a better understanding of where your recycling actually ends up.

As I am sure all of you know by now, Orlando has scheduled trash and recycling pick up times. On these days, everyone drags their recycling container to the curb and lets the waste service companies empty the recycling into their trucks. While this sounds easy enough, unfortunately, this material ends up being contaminated. There are two main ways the waste stream gets contaminated; putting trash in the recycling and mixing recyclables. By this point, everyone should have been informed about what can and can’t get put into the recycling; however, this tends to be an ongoing issue. So much so that waste service companies did a mini audit, and went through some streets recycling bins to see if they could identify why the waste streams were so full of junk. The second issue of mixing recycling is a little more understandable, yet it still has the same impact as that of putting the trash into the recycling. This forces recycling plants to have to sift through the collected material in hopes that they can find some uncontaminated material. Not only does having trash in the recycling show a complete lack of respect for the environment, but it also costs these companies time and money to sift through the material. 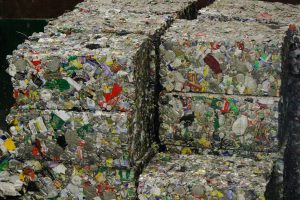 All contaminated recyclables end up in the landfill. This is because of China’s stricter recycling regulations. It has been reported that before the increased regulations that America was shipping 16 million tons of material to China. Before we put our arms in the air about how and why China would do such a thing, we should take this time to reflect on how this might be a blessing in disguise. We American citizens, for some reason, believe that we know how to recycle correctly and refuse to listen to people who might want to help us clean up our act. This bold and stubborn stance is getting us nowhere. It is only leading to continued contamination, which then gets sent to China and a few other countries. From this point of view, it is on them to go and clean up our mistakes. Now just how fair is that? Not only do the regulations force companies to improve their actions as well as to continue to promote and reinforce better recycling practices. 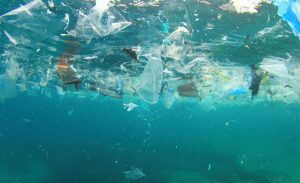 Another reason why it is essential to clean up this process is that National Geographic recently reported that America’s inefficient waste management practices have led to 8 million metric tons of plastic being dumped in the oceans annually. National Geographic doubles down on the significance to address this pressing issue by claiming that 91% of all plastics end up in the sea. This argument is supported by the World Wide Fund for Nature (WWF) who suggests that there are three main avenues in which plastics end up in the ocean; littering, flushed down the toilet or trash being tossed in the recycling. Littering is pretty self-explanatory, anyone who has driven on a highway or been to a local grocery store has noticed random plastic bags laying on the ground. A few big gusts of wind and these bags get a first class ticket to the ocean. When the WWF mentions being flushed down toilets, they are merely referring to the plastic cosmetic wrappers that often times get flushed away. People tend to put recyclables into plastic bags, which is a big no-no since you cannot recycle plastic bags, which leads to further contamination. By this point, you might be thinking to yourself, so what if a few plastic bags fall into the ocean? Aren’t the seas big enough for me not to notice them? These are all valid questions. The National Geographic article goes on to explain that based on our current rate of plastic usage that there will be a point in the not too distant future where there will be more plastic bags in the ocean than fish on a ton for ton basis. Now that is a scary thought.

There you have it. Ultimately the materials that you dump into your recycling bin have a high chance of being found in a landfill or the ocean with an ever so slight chance of being reused and repurposed. This article is not meant to encourage individuals from giving up on recycling but to help raise awareness in hopes that both local Orlando individuals, states, and national organizations dive deeper into addressing this growing problem!