One of the mainstream ideas for becoming more environmentally friendly has been the idea of recycling. From an early age, it has been ingrained in us to learn how to differentiate what can be recycled and what can be tossed in the trash. While this thought process is excellent, it is also one of the central challenges that landfills and recycling companies have to deal with in handling waste. People insist on knowing the proper way to recycle, yet when the waste stream reaches the landfill and recycling plants it is usually contaminated. A challenge that the county and local municipality companies are desperately trying to address is how to reeducate the local residents on recycling when they already are convinced that they know how to recycle. Recently, local trash and recycling companies conducted a waste stream audit to get a sense of just how bad the contamination problem was in Orlando. The first week of the eight week long program was to set the baseline and gather information in regards to the amount of contamination in terms of weight and percentage. It was found that of the roughly 5,000 households who were having their waste reviewed, that only 100 properly differentiated recycling and trash. Two main problems caused the contamination: putting rubbish in the recycling, and mixing recyclables together. This is one of the downfalls of having a single easy to use recycling bin that you roll out for the local waste collector to empty. Even though it is easy and convenient, it also blends together all of the different forms of recycling material. A more tedious but yet more efficient way to recycle is through having a local recycling site where residents can drive to and separate the glass from the plastic, cardboard, and aluminum.

Under the current system, the local landfills such as the Orange County landfill become filled with unwanted trash. This is problematic since it leads to horrendous odors; so much so that in recent years there have been several complaints about the landfill’s smell. The other main reason that the contamination is vital to address is because China recently imposed stricter regulation in regards to the amount of contamination that American waste streams can have. We used to send a large amount of our unwanted waste over to China; however, that was changed in 2019. China is now only willing to accept waste and recycled materials with less than 1% contamination. This further supports the notion of adequately educating individuals on how to recycle and to monitor what people do instead of what they say they do. While the Orange County landfill and other nearby Orlando landfills will accept just about anything that you want to throw out, it is essential to make sure that you follow the necessary steps otherwise your good intentions to recycle could end end up in the landfill due to high contamination. 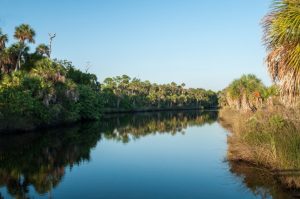 The way that the system currently works is that local residents receive a recycling and waste container to throw their respective materials into on trash day. It is expected that the night before or the morning of your scheduled waste collection that your container will be sitting roadside. The local waste companies bring their trunks, empty the contents into their vehicles, and leave. While this is an efficient collection system, it forces the recycling companies to have to sift through the materials to try and minimize the contamination levels. This leads the waste and recycling companies to lose money when sifting. Also even when they go through the materials, it could all be in vain when the contents have a higher level of contamination than is allowed. Thus they would not be able to export it to China and instead have to sit on it and take their losses. The other way that trash gets put in the landfill is through individuals driving their contents personally to the dump and depositing it on their own. Click here to learn more about Orange County’s landfill hours and what is the direct cost of throwing away your trash. Usually, people do this if the item that they want to throw away is too big for the trash bin, or they are personally invested in learning the waste process. We can all learn more about keeping the recycling streams separated by material type and staying abreast of the changing laws and practices.