Clermont, Fl is another one of the sunshine state’s beautiful cities. Clermont is about 20 miles to the west of the city of Orlando, and is a strong tourist and lodging hotspot for people from all over the world. With an economy centered around tourism, it is extremely important for Lake County Residents to keep their community beautiful. Millions of people head to Florida yearly to enjoy its beautiful bodies of water and nature.

Lake County has struggled throughout the years with pollution. 40 Years ago Tower Chemical company had dumped the very toxic chemical called DDT. DDT was a harmful pesticide used by farms in the mid 20th century as a pesticide. DDT is also used in the production of other chemicals as well.

In 1981, the Tower Chemical company, just outside of Clermont, dumped much of their pesticide water into a small pond nearby. Eventually, this pond overflowed into Lake Apopka, one of Florida’s largest lakes. This pollution originally from Tower Chemical over flowed into small canals that carried the contaminantes to the lake.

Lake Apopka was already a victim of pollution from prior years of municipal and agricultural waste during the late 20th century. That coupled with the dumping of the DDT around the early 1980’s has created quite the mess in Lake Apopka. The Orlando Sentinel reports that the “EPA still working to clean up Tower Chemical Superfund site”.

Lake Apopka was nationally known as one of the most polluted bodies of water. Today wildlife have begun to return to the lake. Clickorlando.com tells us that the State of Florida took action. By securing a purchase of all the farmland around the lake it prevented any more dumping of pesticide filled waters into them. Although, there was no stopping the eventual death of millions of wildlife, this finally put an end to the dumping.

Next, biologists took action. They removed harmful plant and fish species from the water that had been affected by the pollution. After, Biologists then dumped millions of bass into the bodies of water with the hopes of seeing a change. The only thing left to do was allow the bottom feeding fish who can eat the phosphorus out of the water, to do their jobs.

Finally 40 years later we see wildlife all around and in the lake beginning to rise back up. In the very early 1900’s Lake Apopka was known for its great bass fishing. This lead to the development of certain areas around the lake. Maybe one day the lake will return to its once great reputation.

The lake may never return to its old beauty. This is why it is so important that we as citizens end illegal dumping. It is a horrible practice that has residual effects for everyone surrounding the dumpsite. Business owners may think they are cutting a corner on the price of disposing their chemicals, but do not realize the true backlash, and the eventual price we will all pay for their neglect.

Photo courtesy of the Orlando Sentinel 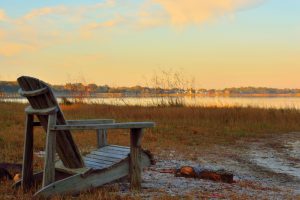 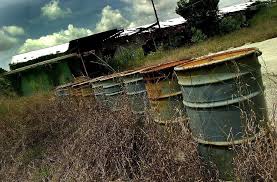